It was a pleasant and interesting meeting (though my poor Swiss German skills) where Nico Martin from vir2al websolutions discussed the most obvious topics to look after when optimizing a WordPress (actually, any) site:

If you think this is not such an issue, multiply all your site’s images for the number of different size versions when developing a responsive design. I assume you want your site to run fast and be handsome on every possible screen, do you?

Herr Martin discussed the benefits of using progressive jpeg, a question that has supporters and antagonists. He also demonstrated the EWWW Image Optimizer WordPress plugin, which streamlines image optimization.

As for the code minification, he demonstrated how to do it easily by using the Sublime Text editor and Autoptimize WordPress plugin.

Of course this only addresses the removal of spurious characters and not proper code optimization, but the latter is a much larger issue that deals with the quality of your developers’ work.

He also recalled the usual tactics of moving scripts to the footer of the page in order to improve the perceived performance. Not something that is always feasible, but certainly worth to consider.

WP Bern is a group that’s well worth to check out if you have any interest in web development. I also attended the session on [WordPress Backup & Restore] which was really interesting, too. 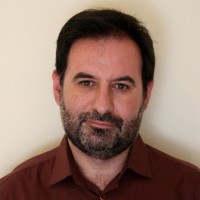